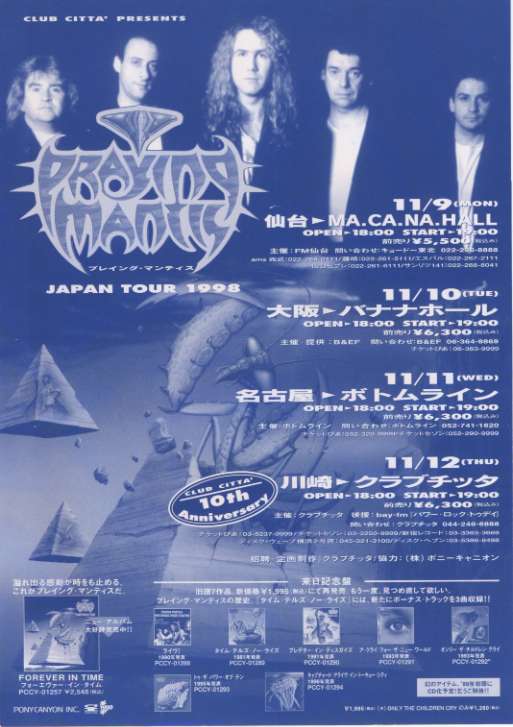 The General Flier for the tour 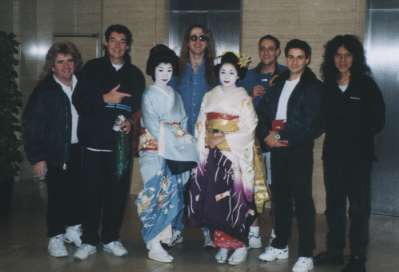 Tokuko Oikawa from a local radio station in Sendia interviewed the
band before the Sendia gig. 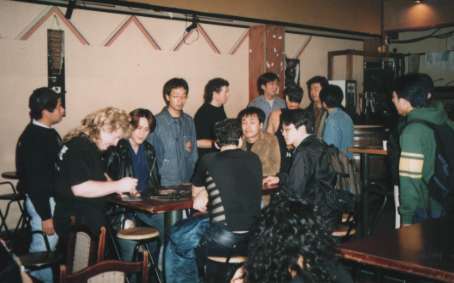 Chris and Bruce signing for the fans after the gig on Osaka. 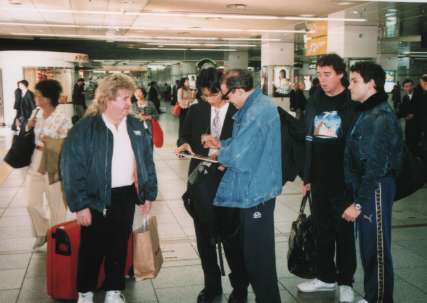 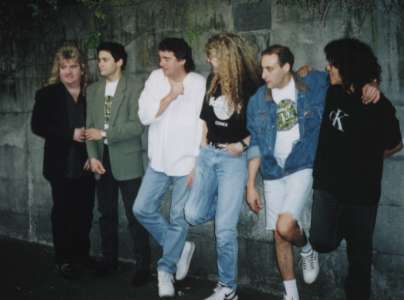 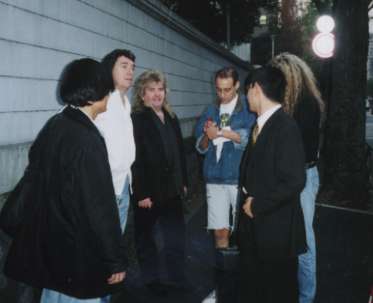 This fan must have thought it his lucky day when he discovered the
band on a promotional photo shoot in Tokyo. 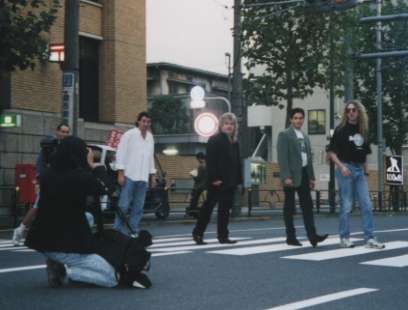 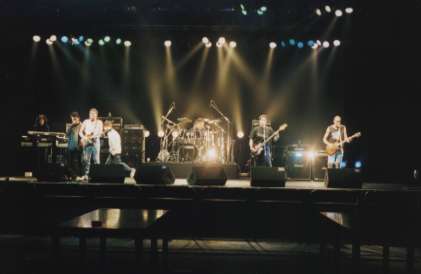 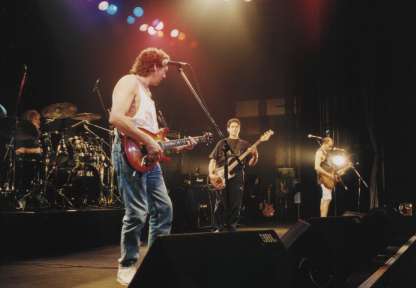 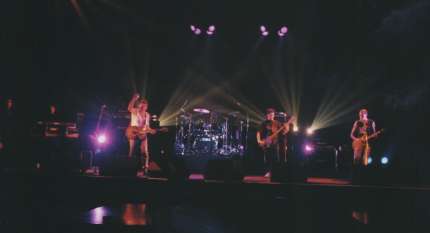 Shots from the Sound Check in Tokyo 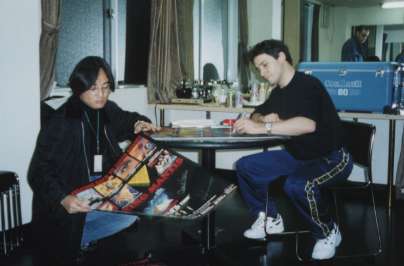 Chris in the process of signing 50 tour posters