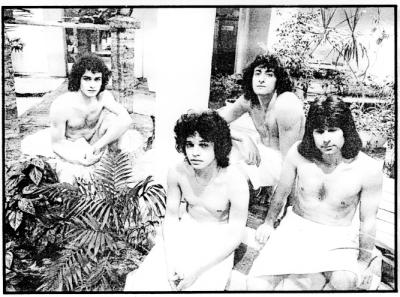 Here's another picture from the Robbi Millar Sounds magazine interview in
1981 it does not appear to have been used at the time but was used for a "who
were Praying Mantis" type article. Tino tells me he knew the photographer and
liked the idea of this picture. It was taken late at night after the Sauna was
closed. 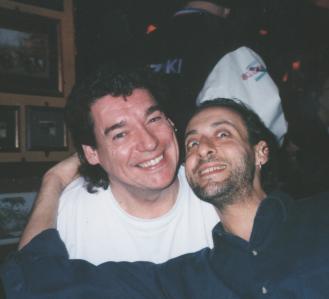 Tino and Dennis in a pub prior to Paul Rogers gig in London on 27.2.97 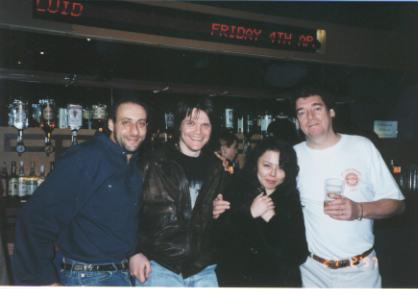 Me with Tino and Dennis after a Paul Rogers gig in London on 27.2.97