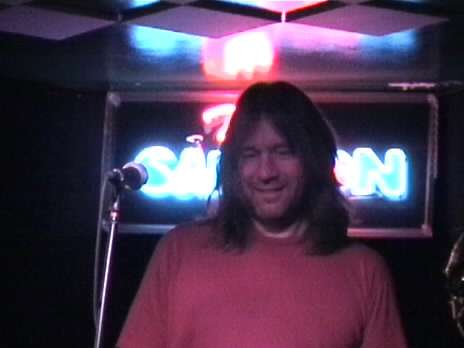 Laurie was in charge of the sound for these dates. 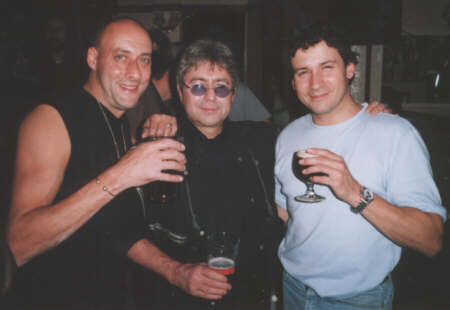 Dave Potts was at the gig at the Dean Swift and very much
enjoyed it. 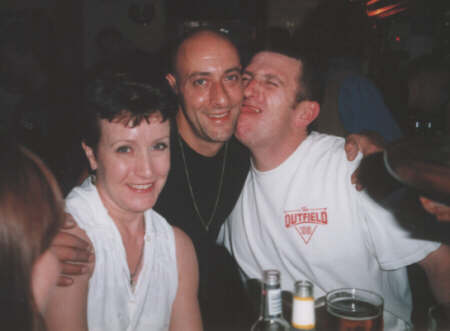 Beaky wanted another picture on these pages. This time
accompanied by his wife. 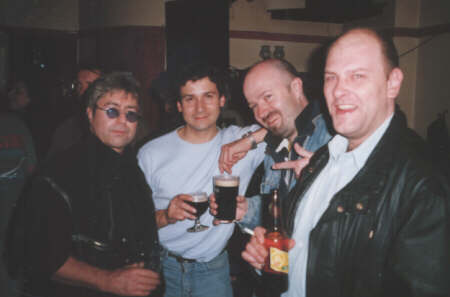 I was also asked to photo these people. I can't recall who
they are so I am hoping they will remind me. 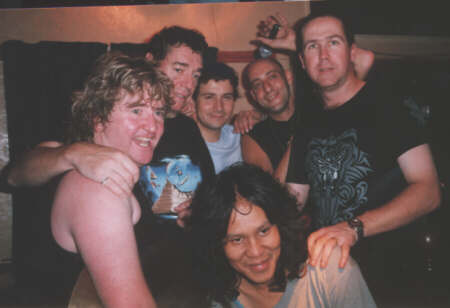 After the show at the Dean Swift 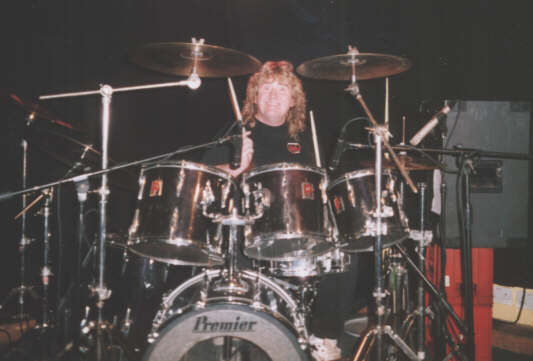 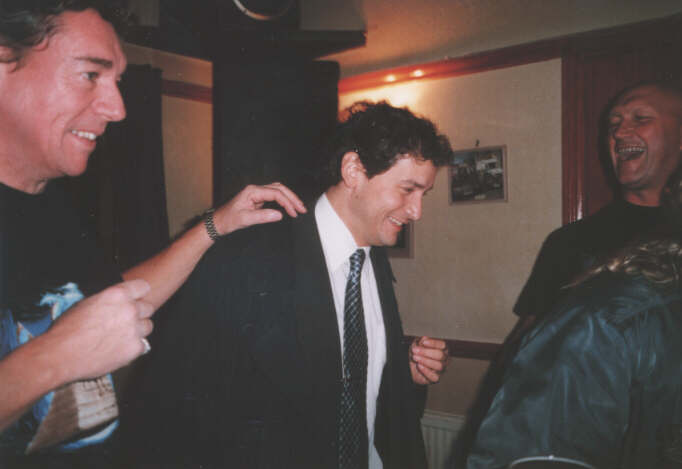 Chris caused Steve the fireman a lot of amusement by arriving
in his casual clothes for the gig. Later he dressed up and wore Jean and a white
T-shirt. 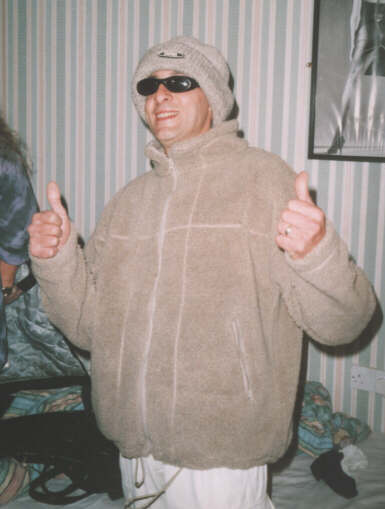 The Troy's are clearly the best dressed people in town 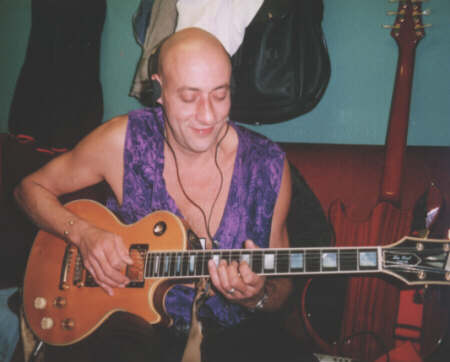 Warming up for the Gods gig. 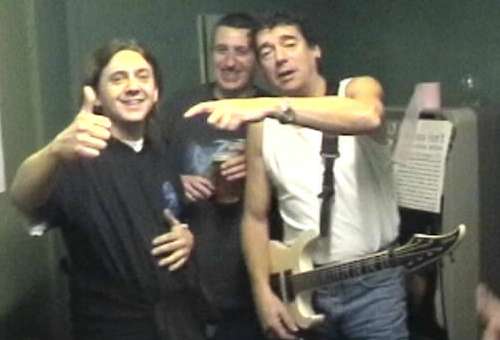 This fan was fan was persuaded to help Beaky bring some more
Beer into the dressing room. 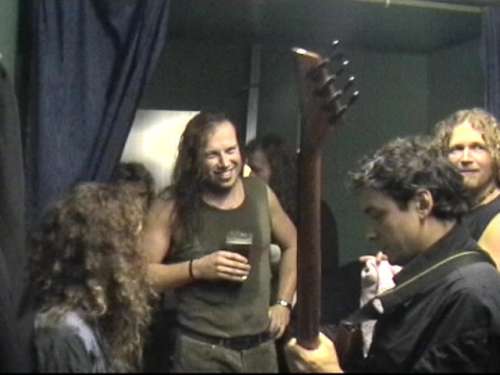 Street Legal were the band on prior to Mantis and singer Bjrn
Boge was up early to give his voice chance to sort itself out. It meant after
Breakfast he found us having a drink in the the bar (I think we had been to
bed). Mantis were mucking about as usual and he joined in the fun too. He seemed
a really nice bloke. The rest of his band came in one by one and Dennis who had
bought Bjrn and then the 2nd member a drink was broke by the time the fifth
member had arrived. 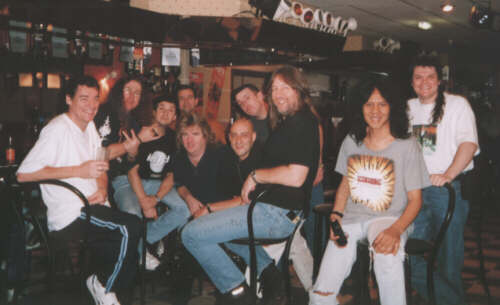 The Mantis Party that travelled to Wigan. Dennis, Tony, Chris,
Ray (who Dennis kidnapped as we left), Bruce, Tino, Beaky, Laurie, Leon, me 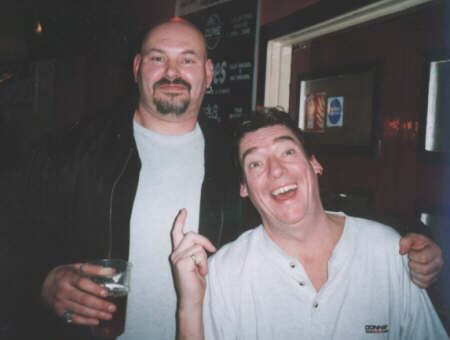 A Security guy Dennis made friends with. He was very camera
shy to start with but Den wore him down as the night progressed. 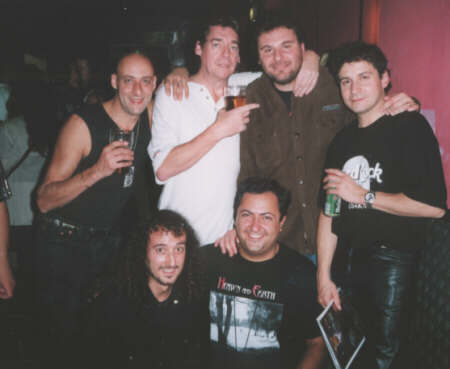 With the Staff from Frontiers Mantis's New European Label 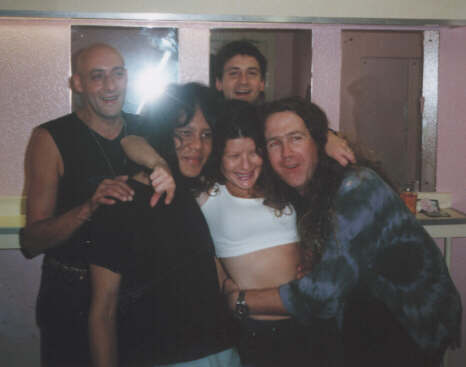 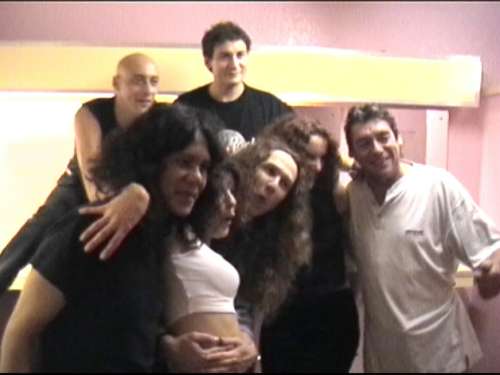 The woman in the shots were just unfortunate enough to be in
there at the time.