The Mantis Cup is a football match held each tour between the Band and the
Fans. It was watch by 50 competition winners. In 1995 Mantis Lost and Tino had
to shave his beard off. In 1998 his hair was at Stake. Luckily for Tino, Mantis
one 4-3. 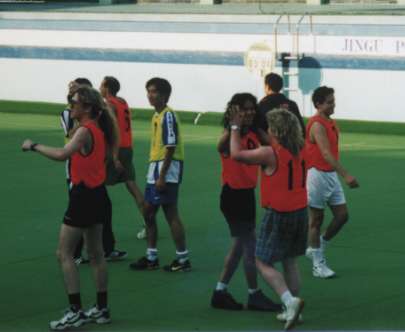 Bruce has just scored a goal. 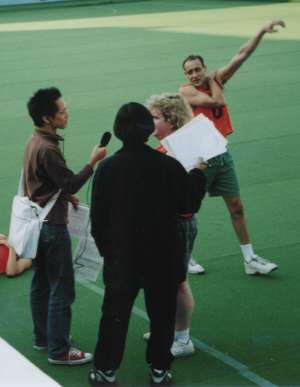 Bruce being interviewed. While Tino worries about his shoulder. It's
a good job all the gigs were finished! 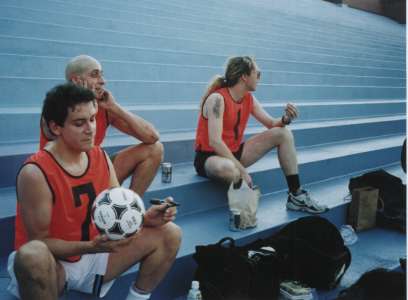 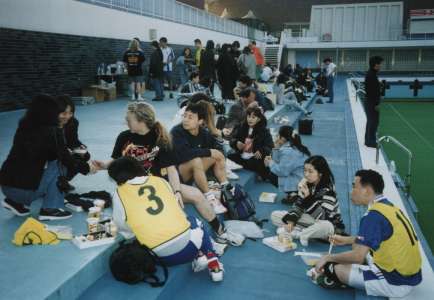 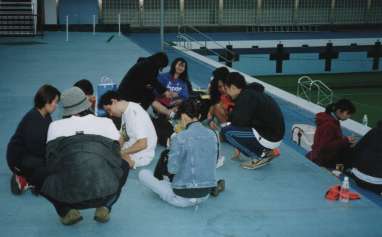 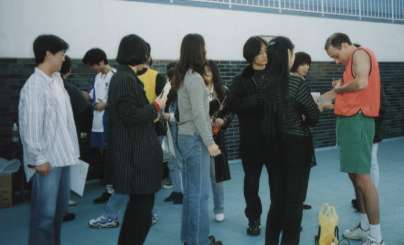 Signing for the fans

All the fans. Obviously.