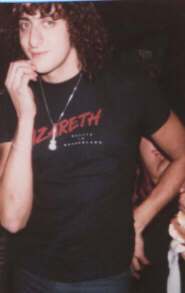 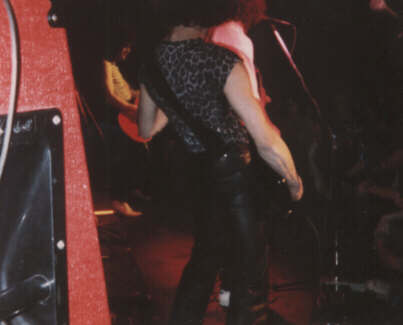 Lee's comments "All Three guitars make the picture on this one. Also hald of
Tino's Marshall Speakers (Marquee 1980)" 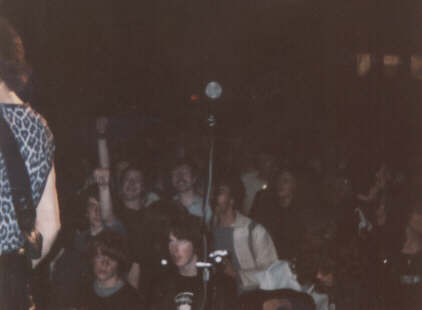 Lee's comments "Just to the left of the Mic Stand Two Bandwagon Regulars up
to see Mantis. Paul Williamson and Malcolm (Marquee 1980)" 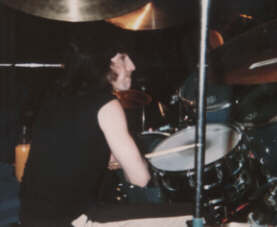 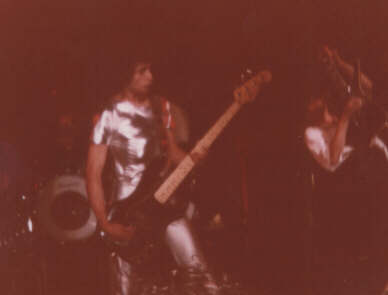 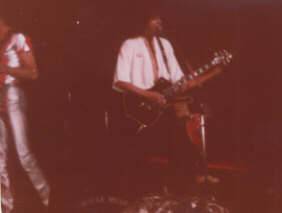